Welcome to our live updates on the Ekiti State All Progressives Congress (APC) governorship primary election.

The election which initially took place on Saturday, May 5, was rescheduled after the exercise was allegedly disrupted by hoodlums.

While the Chairman of the Governorship Primary Election Committee, Governor Tanko Al-makura of Nasarawa State, condemned last week’s exercise, he expressed hope for a better and more peaceful repeat.

Following the cancellation of the primary, and consultations by APC leaders and the aspirants, the party fixed Friday, May 11 for the primary.

The election had been rescheduled for Friday, but the APC shifted it to Saturday following further consultations between its National Working Committee (NWC) and aspirants in the poll and other stakeholders.

Thirty-three candidates had indicated interest to participate in the primary.

The number was, however, reduced to 32 following the withdrawal of the Special Adviser to the President on Political Matters, Senator Babafemi Ojudu.

He announced his decision on Thursday while addressing reporters in Ado Ekiti, the state capital.

Senator Ojudu, who said he took the decision in the interest of peace, after the previous exercise was marred with violence, declined to announce his support for any of the remaining aspirants. 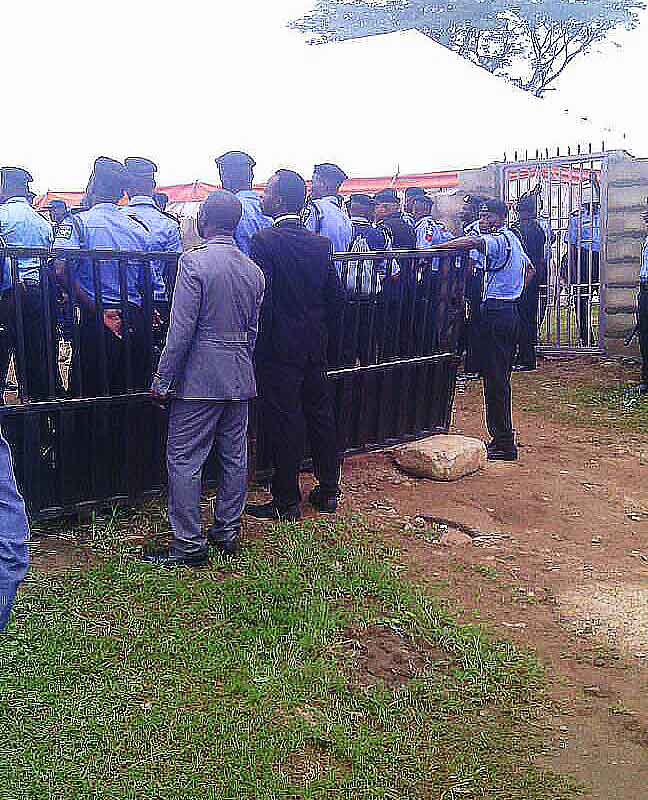 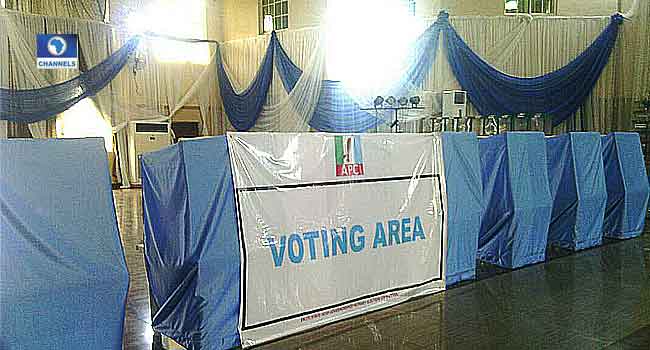 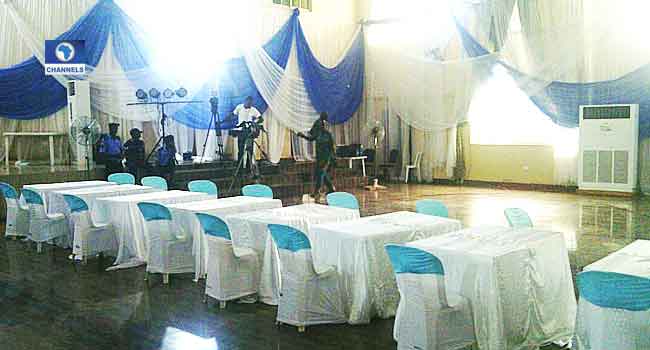 Consequently, the process began today with the accreditation of delegates amid heavy security presence.

Also, the committee chairman is on ground to ensure a smooth process.

8:45 AM: Accreditation commenced with presence of security officials.

Meanwhile, outside the premises vendors are seen selling various items. 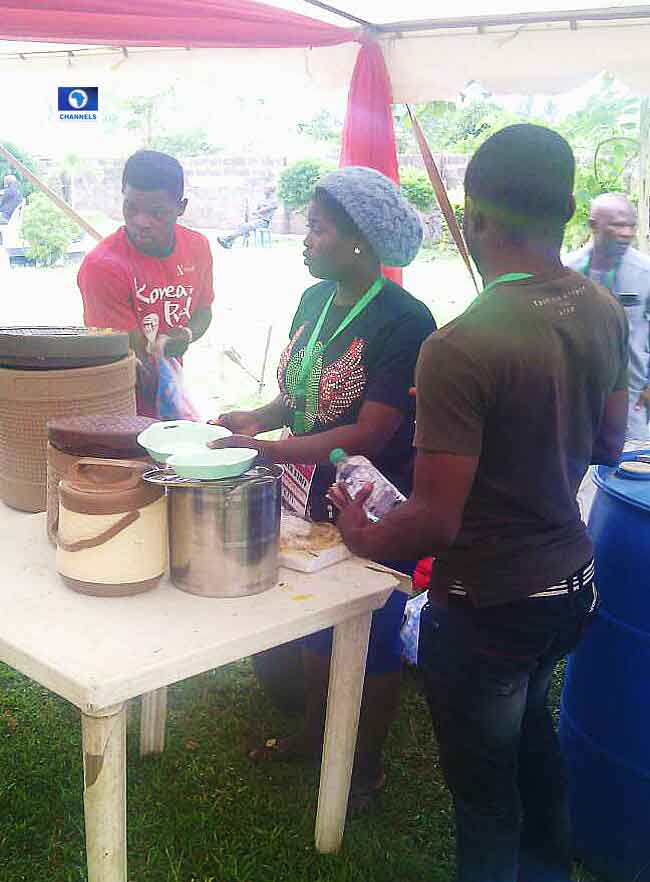 9:00 AM: Aspirants are seen chatting with each other as others continue to arrive at the venue.

11:00 AM: Activities have been slowed down as heavy rainfall commences. However, the atmosphere has remained peaceful. 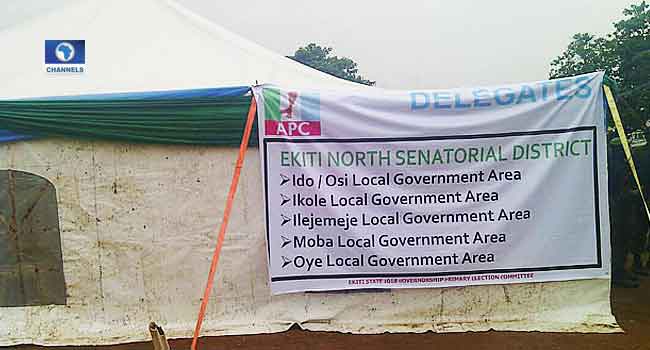 11:50 AM: Aspirants are currently seated, some having discussions while they wait for the exercise to continue.

12:22 PM: Accreditation has been concluded and Governor Almakura will be addressing the gathering shortly before the exercise continues.

12: 57 PM:  A man found with charms got arrested at the venue as he was seen trying to disturb the accreditation process. 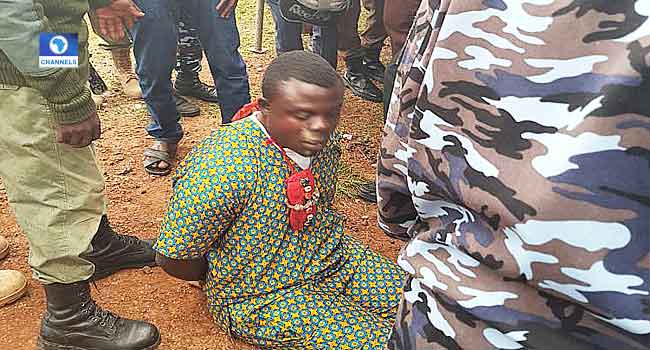 14:13 PM: The accreditation of delegates was concluded and voting commenced immediately to select the candidate to fly the APC flag at the July, 14 election.

14:15 PM: Automatic delegates i.e the category of delegates which include former governors and lawmakers, as well as elected officers have concluded their voting while other delegates have started casting theirs.

Delegates are being asked to leave the premises immediately they cast their votes, to ensure the process runs smoothly.

14:20 PM: Meanwhile, Almakura who spoke to Channels Television, noted that the smooth nature of the on-going exercise is as a result of a thorough review of the botched edition.

He also noted that Senator Babafemi Ojudu who withdrew from the race on the grounds of envisaged violence is entitled to his opinion which he (Almakura) respects.

16:17 PM: Voting has just concluded under a peaceful atmosphere and collation will commence shortly.